Corte de Ouro walk (LLE PR02) is an official, averagely difficult 7.8 mile circular GPS track of the Loulé municipality starting in Ameixial.  We have not walked this route ourselves and cannot give any input from personal experience. The official GPStrack and pdf file from the Loulé Concelhos can be downloaded here.

The pictures from this walk are published in the Enjoy the Algarve magazine.

The Vascão river is het border between the Algarve and the Alentejo. During the walk, this river is crossed several times. This hike was included in the program of the annual Ameixal hiking festival in April, because it is a very versatile route. In the spring, the hills are covered with a carpet of purple, yellow, red and white and the sky is full of floral scent. The air is full of bird song: from Jays and Blue Magpies to Golden Orioles, Bee-eaters, Nightingales, Tits, Finches, etc. Traditionally, agriculture is of great economic importance here. However, the modern age is catching up and the traditional way of life is slowly disappearing. There are less and less shepherds with sheep herds for example, which is bad for nature.

Aside from this impressive display of colors and scents, the walk takes you past a number of interesting historical sites. The Anta (or Tapir) do Beringel is certainly not the least. The parish of Ameixial hosts two megalithic monuments.

Tapirs or Antas are funerary monuments dedicated to the cult of the dead. They are built with large stone elements. These tombs are not individual, but collective, thought to serve a full community. Monuments of this kind became widespread from the Neolithic period. This is the era when the population abandoned the itinerant existence and settled. It shows the great importance that death had for these societies. The monuments belonging to the municipality of Ameixial. They are part of a larger number of monuments of this type, which can also be found in the municipalities of Tavira and Alcoutim. 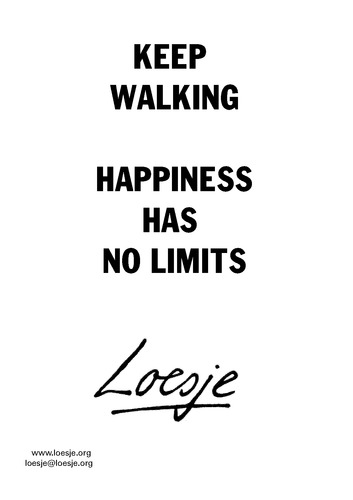 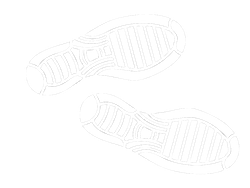 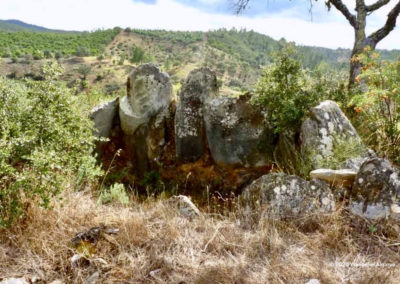 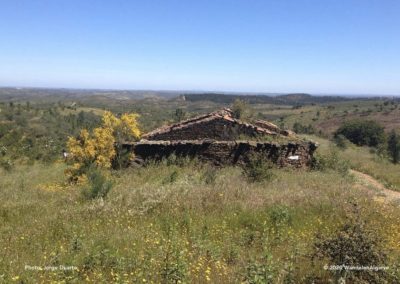 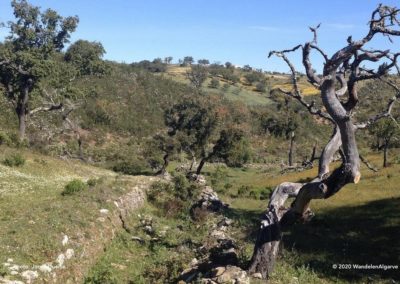 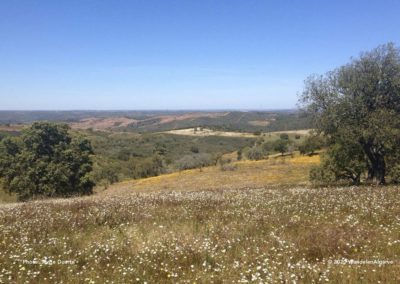 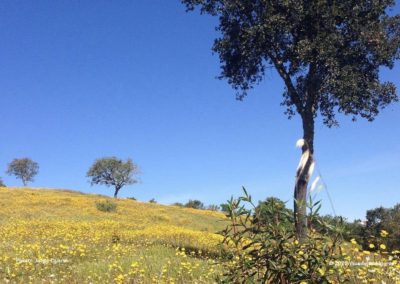 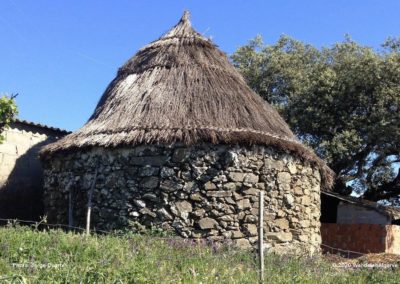