Walking Algarve is a fantastic experience for all hikers. The Algarve offers a lot of different landscapes in a relatively small area. From the hills in the North to the sandy coast in the South-East and the red rocks towering over sandy bays in the Western Algarve. Discover this hidden gem of for walkers.

From a landscape point of view, it consists of three parts. The Litoral, a narrow stretch of sand along the coast. The agriculture in this area contains a lot of fruit plantations such as orange trees, lemons and grapes.

The traditional agricultural area is the Barrocal, just north of the Litoral. The area consists largely of limestone soil, ideally suited to grow the typical Mediterranean products, such as carob pods, almonds, olives and figs. This form of agriculture is no longer economically viable for many of the small Portuguese farmers. As a result, a lot of residents have moved to villages and towns. The farms that have become available have been taken over by foreigners.

The area North of the Barrocal area is called the Serra; the highest part of the Algarve. Cork and holm oak, eucalyptus and pine trees are the predominant vegetation. The area is sparsely populated and offers huge possibilities to walk endlessly without meeting any people.

Foia in the Monchique mountain range, is the highest mountain in the Algarve (902 m). To the east, the Alcaria mountains (Serra do Caldeirão) are about 500 m high. Furthermore, the Algarve is predominantly hilly (on average 250 m) and descending to the coast.

Each area is different and has its own specific flora and fauna. That makes walking in the Algarve a true experience.

The Algarve hosts different nature reserves. Among them the wetlands of the Ria Formosa between Faro and the Spanish coast. Or he Costa Vincentina on the west coast and the national Park of the Guadiana on the eastern border with Spain. Steep rocks and cliffs, beautiful bays, amazing views towards the Guadiana river and especially in the Ria Formosa many birds. Walking is a fantastic way to discover the entire Algarve, both in the coastal areas and in the hinterland.

The Algarve also has a number of areas that are very important for birds and bird migration. The Ria Formosa wetlands, the Castro Marim Salt Pans, the Ria de Alvor and the estuary of the Arade River are home to important fishing communities which attracts a variety of birds. More than 300 species have been spotted.

Walkers generally are nature lovers who also love birds. Walking-in-Algarve offers information on walks through or in the vicinity of important birding areas.

Walking in the Algarve is possible almost all year round. Each season has its own particular charm. Portugal has the most hours of sunshine in Europe and little rain compared to the United Kingdom. Our Mediterranean climate makes the winters mild and the summers very pleasant due to the sea breeze.

January starts with fresh strawberries, oranges and of course the Almond blossom. Flowers start to appear in the fields. Spring is the colourful season. Until May the fields are full with a great diversity of wild flowers.

Only in the summer months of July and August it is often too hot to walk. The almond trees start to bloom at the end of January and nature offers beautiful flowers until mid-May. In the early summer, the land becomes drie.  The autumn landscape is characterized by beautiful colours. In the autumn, the Algarve is beautiful and quiet with often stretched periods of an Indian summer. November and even December often offer mild and calm weather, although it offers some rainy days too. In the winter months it generally does not get cooler than 14 degrees. The risk of rain is greatest in the period from November to April, but it rarely rains for days on end.

Level of the walks

Walking in the Algarve, you can choose your own level. Anyone with a normal condition can walk the routes. The length of the walks varies. Most of the walks offered are between 4 and 10 miles. The walks can often be made longer or shortened. The long-distance routes such as the Via Algarviana (GR13) and the Rota Vincentina or Fishermans Trail offer routes that stretch over several days to weeks. They can be a bit more challenging.

Differences in height are found in the Serra but generally they are not extremely large. Most of the walks are on unpaved, generally passable paths. After a good shower, small rivers can be overflowing and mud paths can be very slippery.

Following the municipal marking sometimes is a challenge because posts can be missing or roads miraculously disappear. With the help of a map and a GPS device where possible, you will always get there. In short: the Algarve is a marvellous walking area for those who seek the unpaved roads and quiet, unspoilt nature. 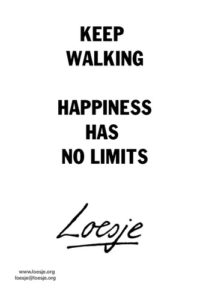